Hear a sneak peek of ‘The Hand Of Man‘ EP, with the title track streaming right now at The Obelisk!http://theobelisk.net/obelisk/2020/03/20/thunderbird-divine-the-hand-of-man-review-stream/

“What’s exciting about The Hand of Man though, aside from the material itself, which is electrified in any number of figurative senses, is that it makes Thunderbird Divine a less predictable band on the whole.” ~ The Obelisk

The Philadelphia-based psychedelic rock collective of THUNDERBIRD DIVINE will put forth their second release, ‘The Hand of Man,’ on Saturday, March 28th via Salt of the Earth Records, alongside a documentary of the recording sessions.

A companion recording, a cover of The Yardbirds’ “Happenings Ten Years Time Ago” was presented in video format and is available for free download via the band’s Bandcamp site. “We tracked and mixed that one ourselves,” says guitarist / vocalist / multi-instrumentalist Erik Caplan. “We relate to The Yardbirds more and more as we continue writing. That band was stuck between being known as bluesy rock act and a progenitor of psychedelia and studio experimentation. This cover is a tribute to their brilliant work.“

Primary tracking for the ‘The Hand of Man‘ EP was done at Philadelphia’s Retro City Studios,with Joe Boldizar handling most of the engineering duties. Additional layers were added at Brooklyn’sCottage Sounds Unlimited, with Charles Newman providing his prowess on various synths and keys. This EP release finds the band committed to its rock and psychedelic roots with a less densely embroidered approach to layering and instrumentation.

Additionally, THUNDERBIRD DIVINE will be sharing a 17-minute visual record of the recording process in the form of a documentary compiled by close band friend and fellow musician, Jamie Victor. “I love the guys, love the band and love making videos,” Victor explains. “It all lined up. I consider these guys family, so it was my pleasure to make this for them. They didn’t even know I was going to do it.” A promotional video for the documentary is also included here. 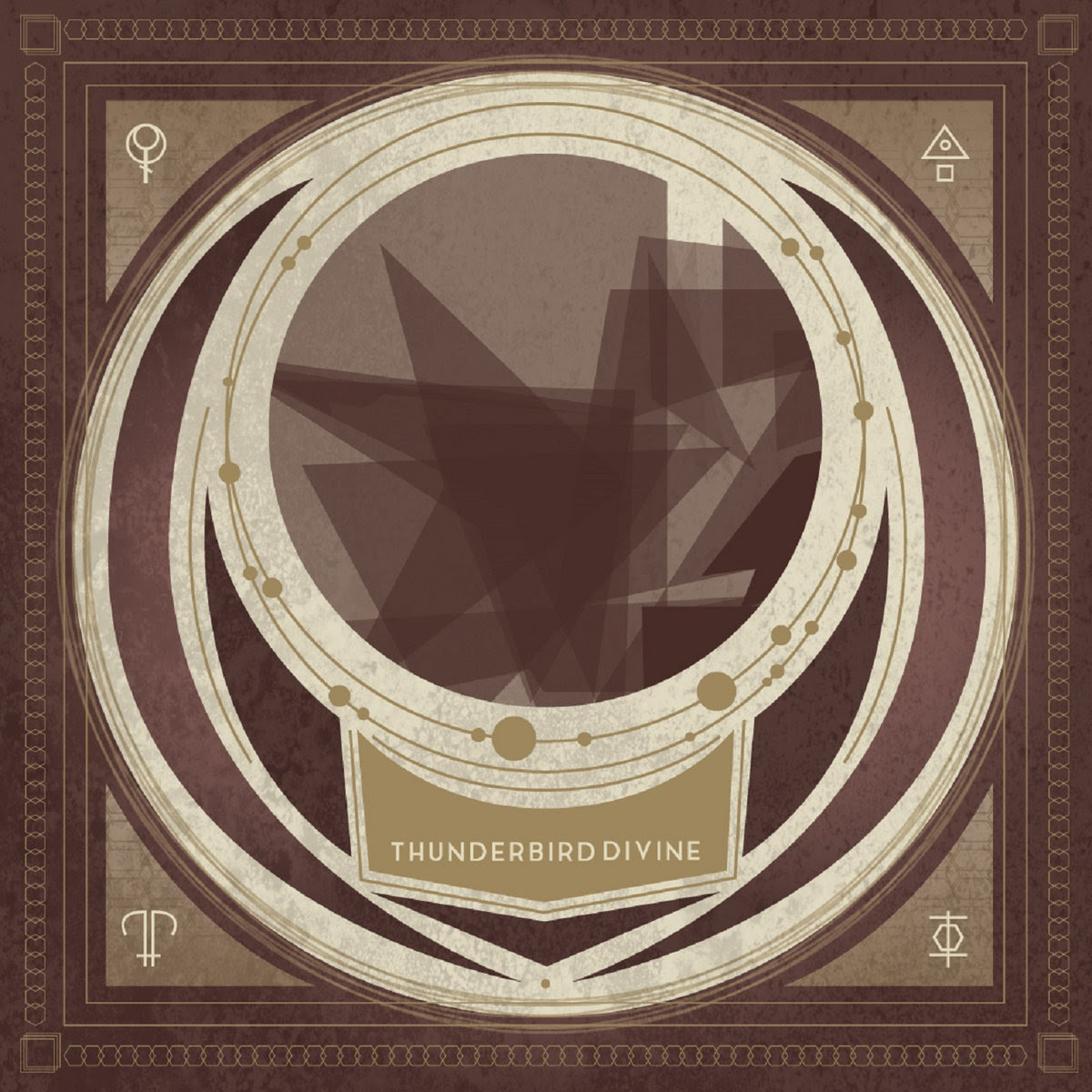 ‘The Hand Of Man’ Tracklist:

Erik Caplan on “The Hand of Man” song single premiere:”This track started as a riff that existed before I joined up with these dudes back in 2017. Flynn is a masterful riffologist, and this one has a lovely swagger. We previously tried to cram this riff into a bunch of other song structures, and none of them were quite right. Eventually we realized we needed to let it breathe, and it developed an identity of its own. After that, the song grew naturally into its final form. I love Mike’s break before the bridge. It’s a small moment, but it feels very natural. We wanted it to be a banger, but we also wanted it to have a foreboding, scattered feeling as an overtone to the groove in the bridge.

“Basic tracking took place at Retro City Studios in Philadelphia, where we nailed down the essence of the song, my main vocals and all of the backing vocal arrangements. Picture me acting as a lunatic choir director from behind a baby grand piano as the ladies (Avy and Brittany) attempted to decipher my conducting for the backing vocals… it was pretty amusing.

“Joe Boldizar and the crew at Retro City got excellent, organic sounds for us in the main tracking phase. Adam and I then took the track to Cottage Sounds Unlimited in Brooklyn to add the Wurlitzer, B3 Organ and lap steel guitar. Charles Newman is a talented musician, and keys are a specialty for him. He interpreted our (admittedly offbeat) sonic requests brilliantly. When we brought the tracks back to Retro City for mixing, Joe sort of instinctively knew what we wanted. It was a very smooth process overall.

“The lyrics are my musings about a documentary called Discovering Bigfoot. The filmmaker, Todd Standing, put a lot of time and effort into making this sort of visual poem for the Bigfoot population he clearly loves and respects. I’m not saying his research is flawed or anything like that, but his approach was certainly a little unconventional, as I suppose it should be, considering the subject matter. I’m not sure he proved his thesis by making this film, but he succeeded in providing entertainment.”

“…I do know that the record resides in its own niche of psych-informed classic stoner and sludge rock, and I do know that there’s more going on with it the more one listens. It’s been on my list of most anticipated albums pretty much since the band announced they’d gotten together last year as formed by members of Philly-based outfits Skeleton Hands and Wizard Eye.” – The Obelisk“The layers of surprise buried deep within the heavy block of steel riffs thrust with cosmic force and plutonic origin.” – The Ripple Effect

“Thunderbird Divine’s music speaks for itself, and Magnasonic, their debut album, is a short record composed of long songs, if that makes sense, is a grand statement of universal love for psychedelic and stoner rock from the late 60’s to the present day.” – First Angel Media

“This is something sweet for barreling down the mean streets of some forlorn neighborhood. Steel riffs and fuming fuzz, classic, gloomy and righteous from end to end!” – Stoner Hive

“Drawing influences from both standard and diverse sources, Thunderbird Divine wrangled instrumentation uncommonly used in rock’s usual vernacular, such as marxolin, mandolin, synthesizers and other oddities to create unexpected tones mixed with classic arrangements. The result is music with depth and textural complexity not usually experienced with a band’s first outing.” – Downtuned Magazine