Cuban black metal pioneers MEPHISTO unleash the title track Pentafixion from their upcoming album in video form, the album will be released via Wormholedeath Records.

“It has been a very long journey to arrive at this place where we are ready to release our first single ‘Pentafixion’ off the highly anticipated album with the same name.
The song is backed up by a masterful piece of cinematic filming; all carried out in Havana under the direction of respected film maker Victor Vinuesa and producer Oscar Maceo de la Torre.
The band is really happy with the outcome of the recording and the final music video is causing quite a stir amongst some circles in our home country.

It’s a very confronting song and music video which is probably why it has been censored in some places. The video does present some pretty harsh images to do with suicide but we did this because the song and music video has an underlining message to the youth of today which we felt was important to share to our legion of metal fans everywhere. Pentafixion is the first single off the album with plans by our label WormHoleDeath records to follow this up with the release of ‘The Mighty Ring’ in February 2021 and ‘The Birth’ at the start of March 2021 before the full length album is released late March 2021.” Says Lead Vocalist & Band Director – Osney Cardoso

The band Mephisto was founded in September 1997 in the city of Holguín, Cuba. Mephisto was the first Cuban metal group to combine a multitude of organic and orchestral sounds to emerge as the pioneers of the Black Metal genre in Cuba. Building on their unique sound, the band continued to push contemporary boundaries by appearing on stage in full make-up and costumes, another pioneering first, which caused a great movement within the national scene.

With momentum building, 2018/2019 saw Mephisto welcome international representation with a view of developing a larger global following. Immediately Mephisto rebranded their image, logo and on stage style whilst simultaneously moving towards a more digital platform to facilitate the advancements in technology being felt throughout the music industry. With a grittier live performance harkening back to a more traditional hard edged Mephistoappearance, old fans and new ones alike, resonate with the Pioneers of Cuban Black Metal. Accepting invitations to appear at “The Beast in the Undercity”, Pinar del Rio, Bayamo Musicfest and Romerias de Mayo festivals, Mephistoquickly expanded these shows to encompass the entire nation; kicking off their “Haciendo Metal Cuba” tour in mid March 2019. Completing the run of dates in early May 2019, Mephisto once again returned to the studio to continue the development of their highly anticipated 2020 album “Pentafixion”. The band’s first single from this album titled “Pentafixion” was completed with filming for the complementing video clip also undertaken.

The video was shot on location in Havana by renowned Producer and Film Maker Victor Vinuesa (Vitiko) and demonstrates perfectly Mephisto’s professionalism, dedication and passion to their craft. Following up on this single, Mephisto under took it’s first tour of Nicaragua in late 2019 selling out venues and building a new fan base in the heart of Managua. A national tour of Cuba is now slated for mid 2021 before returning to Nicaragua for a run of dates later in 2021. 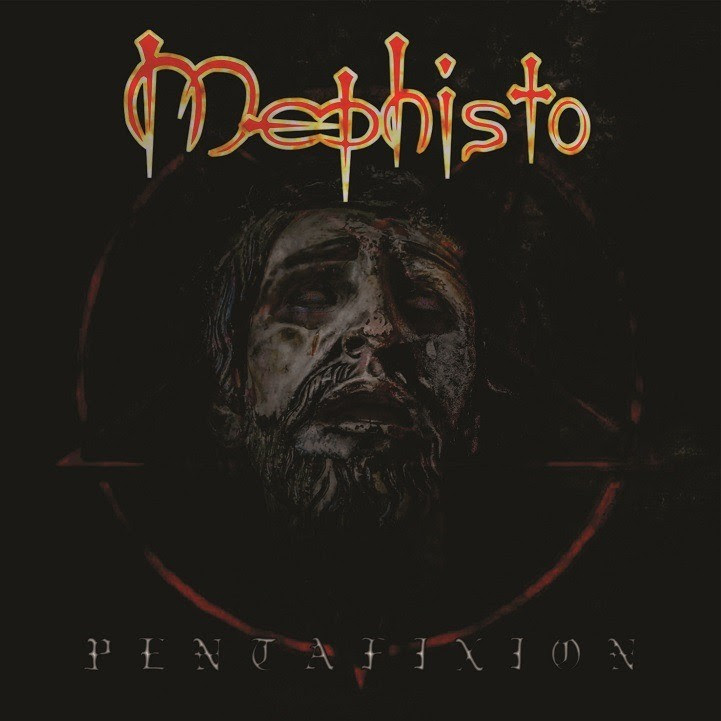 Tracklist
1. Intro – Enter The Storm
2. Storming war anthems
3. Pentafixion
4. The birth
5. Rebellion
6. The falling
7. Curse of the pharaoh
8. The mighty ring
9. From Hobbiton toward the mountains of Gorgoroth
10. The last battle
11. The undivine blessing
12. Yavhe Sabbaoth (King of nobody)
13. Burning FantoftGet the Single Pentafixionhere: https://orcd.co/bw6rop
SHARE TWEET PIN SHARE