Australia’s death metal newcomers, Escarion, are releasing their debut full-length album Pillars of the Faith independently worldwide on Friday, 29 January. The band is releasing a guitar playthrough for their single Greed. You can watch Guitarist Johnny Arhondis playing the song also live at the Bendigo Hotel in Melbourne, at their album launch party (29 January). Pre-order the album here: https://escarion.bandcamp.com/album/pillars-of-the-faith

The album is based on the ‘Seven Deadly Sins’, taking that concept from Christianity and arguing that this notion is false and oppressive. The band states: “These are not ‘sins’, instead they are human nature. Yes, excess of any of these sins may be immoral and unethical however, that can be said of any action or emotion in excess. Greed outlines that this primitive desire of wanting more than the confines of our life circumstances, the power of greed to create ethical and sustainable change contrasted with the evil of excess greed, creating a system that is so inherently corrupt that it literally feeds off the blood of the people. It is ironic that possibly the only way to destroy this system of greed is a greedy lust for change within humanity, greed for more and for humanity to flourish so we may live our lives in harmony within ourselves and our communities.” Now it’s time for Greed!

Escarion is a 4-piece Melbourne-based Death Metal band following in the eclectic vein of bands like Death, Behemoth and Trivium to form a sound that is altogether brutal, progressive and confronting. Initially forming as Thrash Metal outfit Vintage Ruin under guitarist John Arhondis, bassist Rhys McKenzie and drummer Jon McGivern, the band quickly introduced Death and Black Metal elements to their sound, forming the foundation for what would become Escarion. The band expanded further, adding Tommy Lewko, formerly of Omegacron and Tyrant’s Blood, as a second guitarist and, with the departure of McGivern, recruiting Tim Bottams on drums, bringing a progressive flair to their already-burgeoning sound. Having recently completed their debut album ‘Pillars of the Faith’, Escarion seeks to explore the conceptual meaning behind the seven deadly sins. 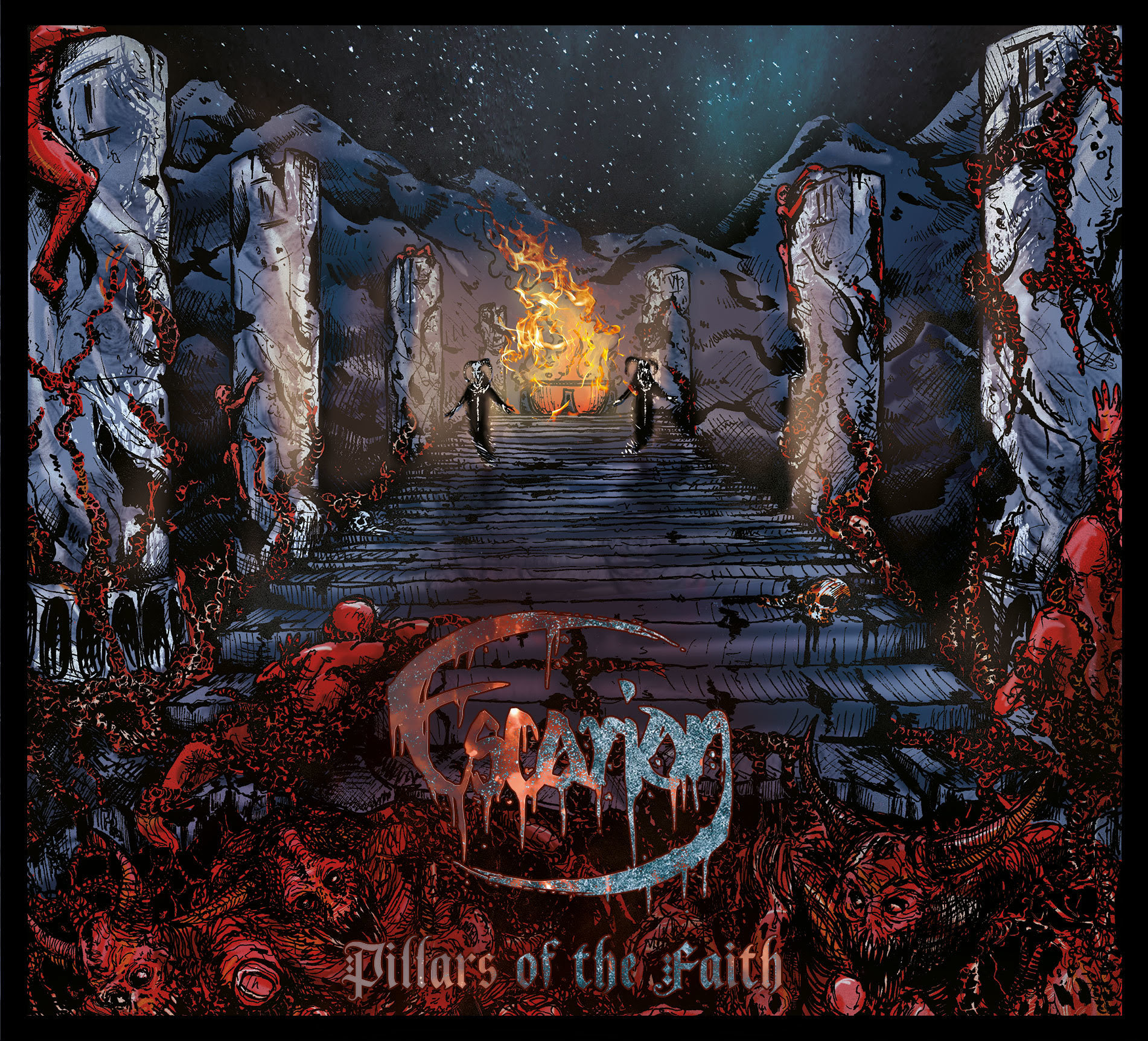